The latest virus forecast: The US has had a 22% increase from two weeks earlier, with about 110,000 new cases reported on Friday. Cases are flat or declining in New Jersey, New York, and Rhode Island, and rising in Arizona, South Carolina, and West Virginia.

The business outlook: Some 75% of Fortune 500 CEOs believe a recession will arrive before 2024, and nearly a third expect it to hit sometime in 2022. But difficulty attracting new hires amid a talent shortage was the threat they were most concerned about. “The nation’s employers were dealing with skills shortages before Covid triggered the last recession,” Richard Wahlquist, president and CEO of the American Staffing Association, told CNBC. “Workers with skills in high demand today will likely be in high demand even when the economy tips back into a recession.”

Focus on Takeaways from Davos for the Talent Agenda

Some US executives see the expected rollback of national abortion rights in the US by the Supreme Court as a potential breakdown issue between employers and workers.

That’s one of our takeaways from moderating panel discussions and taking part in conversations on the ground at the World Economic Forum’s annual meeting in Davos, Switzerland this week.

One executive—in a side conversation held under the Chatham House rule stipulating their name couldn’t be attached to any comments—said that their multinational company had offered to pay expenses for US employees who needed to travel to access reproductive services. But a group of staff with anti-abortion views is actively challenging that, saying the employer is subsidizing abortions by doing so.

This executive said that when the pandemic started, they expected conflicts between staff and employers over flexible work to be the biggest issues to hash out. But now they see companies’ handling of reproductive rights and other societal issues as a bigger challenge.

Executives in Davos repeatedly suggested that they hoped for more “adult” relationships with their staff—they felt like expectations of employers were high without employees taking responsibility for resolving issues such as those around flexible work. Some said they struggled to satisfy different identity groups among their staff—making Juneteenth an official holiday, for example, spurred calls for a company day off to commemorate the oppression of the LGBTQ community.

But some also hope that this intense period in largely uncharted territory could lead to a breakthrough, and that direct, constructive conversations now could further reset the dynamic between employers and workers.

Other takeaways from Davos:

Tech layoffs continue apace. Bolt, Klarna, Lacework, ClickUp, and PayPal are just some of the companies to announce layoffs this week, while Uber, Lyft, Snap, Nvidia, and Microsoft instituted hiring slowdowns or freezes.

Employees are reeling from another week of violence in the US.  The recent mass shooting in Uvalde, Texas and Buffalo, New York, have organizations wanting to support workers coping with grief and trauma. Here are some actions managers can take:

Companies face their next big test on societal issues: taking a stance on gun control. In Texas, they face at least one significant hurdle to doing so: A 2021 state law requires companies doing business with public organizations to attest that they will remain neutral on gun issues, effectively barring them from cutting ties with gun manufacturers.

Return to workplace speed round:

The newest office amenity: robots. South Korean tech company Naver has unveiled what it calls “the world’s first robot-friendly building,” with a design featuring a team of 100 robots built to transport food and packages.

The handbook for this new era of business doesn’t exist. We’re all drafting our own as we go along—and now we’d like to start doing so together. You can sign up here to receive this briefing by email.

ERGs can be an effective tool for advancing diversity and inclusion in workplaces. An expert explains how to set them up and lead them.

S. Mitra Kalita on key lessons that can be learned from Peloton's blow up. 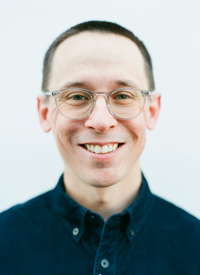 Look to the rise of fertility benefits to understand how workers can demand more from their employers around health care, S. Mitra Kalita argues.