It’s hard to know what to do about performance reviews this year. In the best of times, they can be frustrating, time-consuming, and counterproductive—so much so that companies including GE, Adobe, and Deloitte have largely abandoned them in favor of other feedback systems. This year is especially fraught, since remote work can make performance assessments harder. And it can be tough to justify holding employees to performance goals that burnout, grieving, child care, or other pandemic-related challenges have made it difficult for them to hit.

But a lot of companies are still plowing ahead. And there are specific approaches to performance reviews that reduce the drawbacks, and maximize the benefits of an expansive, forward-looking check in. We dug into the research about reviews and spoke with a number of managers and experts about how they’re thinking about them this year, and came away with these best practices:

Discuss in more detail than usual what an employee has accomplished this past year. Remote work has meant that the work everyone does is less visible to their colleagues. So it’s important to spend more time than usual talking about it. Not just for assessing performance—a heartbreaking number of Americans surveyed recently said they haven’t felt much appreciation for their work and two-thirds of remote workers said that was making them less motivated. Just showing appreciation for the work done in 2020 is worth the time of a one-on-one meeting.

Approach reviews with empathy. It’s been a rough year for many workers, and reviews are a chance to check in about the challenges workers are facing. Day-to-day meetings probably don’t allow for discussing any Covid-related hardships like at-home child care or family illness—this is a good time to talk those through.

Prevent cognitive biases from seeping into your assessments. Performance reviews should be equitable for all employees, so be aware of these common biases:

The best practice is to be sure that managers hold 15- to 30-minute weekly check-ins and longer 60-minute monthly conversations with each direct report. This provides better real-time data about a company’s operations, which allows any project-related problems to be straightened out more quickly. And it’s a structured way to make sure employees are receiving useful feedback, participating in goal-setting, and feeling overall more appreciated and motivated.

Grau agrees that more continuous feedback is preferable, but thinks that’s rarely truly done—and given that, everyone should embrace reviews. “Ideally we shouldn’t have to do performance reviews. But people are so busy and so uncomfortable giving feedback that it doesn’t work that way.”

September is the new July. Google is now allowing employees to work full-time from home until September 2021, having previously targeted July. The company will be shifting to a hybrid approach, with workers spending a minimum of three days in the office and two remote. It’s also making changes to facilities, including installing presentation booths in its offices where employees can do professional-quality video broadcasts.

Sports are struggling with Covid. Despite regimens including daily testing, college athletic programs have wrestled with major outbreaks. Over 6,600 university athletes and staff members have contracted the virus, according to a partial count by The New York Times. While there haven’t been any Covid-related deaths reported by those universities’ sports programs, doctors have raised concerns about virus-related heart damage that can be particularly dangerous for athletes. The University of Florida hasn’t said whether the collapse of basketball star Keyontae Johnson during a Saturday game is linked to Covid. But the incident prompted new calls for college sports to suspend the basketball season until after vaccines are more widely administered, especially given that basketball is played and practiced indoors and involves close contact.

School snow days could well be history. As snow begins blanketing the US, remote classes in many places this year will continue uninterrupted. And there’s no reason that shouldn’t be permanent—schools could just fall back to Zoom for bad-weather days after the pandemic is over.

If you want to pass the bar exam, you might want to forego the online version. Law grads had a 60% pass rate when the Texas exam was administered online for the first time in October because of the pandemic. That compared to a 77% pass rate for the in-person exam in September. Idaho had a nearly 80% pass rate for its July in-person exam, with just 32% passing its October version online.

The handbook for this new era of business doesn’t exist. We’re all drafting our own as we go along—and now we’d like to start doing so together. You can sign up here to receive this briefing by email. Have a great day!

MIT's Bob Pozen on best practices for performance assessment and other hybrid work considerations, a look at the Basecamp workplace politics turmoil, and the new gear Google is using for its return to the office.

Managers say that some of the most important challenges of remote and hybrid work relate to performance management. MIT's Robert C. Pozen on the best practices for tackling them.

Michelle Peng on how employers can redesign the performance review to best serve the needs of working parents.

An interview with Julia Taylor Kennedy, executive vice president of Coqual, about the think tank's research into bias in performance reviews. 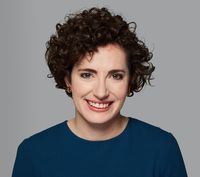 Is the momentum for racial equity that built over 2020 now in danger of flagging? Michael McAfee, president and CEO of PolicyLink, addresses the concerns.