Events
About Us
Newsletter

The latest virus forecast: The US has had an 11% decrease from two weeks earlier, averaging about 195,000 new cases per day. Holiday-related anomalies limit the usefulness of the infection numbers—but more reliable hospitalization data indicate increases in the country’s four most-populous states, California, New York, Florida, and Texas.

The business impact: Automakers are struggling at times to make enough cars because workers are out sick from the virus. The percentage of US workers unemployed for more than six months is 2.5%, compared to 0.7% last February. Managers and professionals account for one-third of that rise, more than service workers, which represent one-quarter.

Focus on What People Are Paid

Last year I reached out to a leading expert on compensation for examples of how companies could rethink employee pay to make it more fair. He was a top business school professor who published a book about pay—but was stumped by my question.

The professor explained that most big businesses work with compensation consultants who provide them with industry-standard pay ranges for all of the roles, and companies just copy whatever their competitors do. He felt that approach was perfectly fair.

I left that conversation disturbed. Worker compensation as a percentage of our national output has declined since the 1950s. It’s been documented that low-wage workers at companies including Walmart and Amazon rely on public assistance to make ends meet. A shocking number of Americans don’t have cash to fall back on in an emergency, and women and people of color generally earn less than their peers.

On the other end, executives have been rewarded more and more generously through massive stock options grants, even as they’re laying off workers. As Judy Samuelson of the Aspen Institute and others have noted, it’s not just the amount of pay, it’s the structure of CEO compensation that is the problem. When chief executives have overwhelmingly lucrative incentives to juice a company’s stock price, they’ll prioritize things like share buybacks over investing in better wages, training, and research and development. If you need cautionary tales to convince you that this is an issue, Wells Fargo and Boeing are worth studying.

As we rethink business practices as we emerge from this crisis, we need to prioritize fair pay. Research shows that raising low-wage workers’ compensation is one of the most effective ways to narrow the shockingly persistent racial pay gap. And a society where women make as much as men is a healthier society, with greater economic growth.

There are scattered examples to learn from:

For those who require it, there is self-interest in paying employees better. Workers are consumers, and research shows that money paid to the least-well-off is more likely to make its way back into stimulating the economy.

And as we emerge from this crisis, more and more employees will demand that their companies have a genuine higher purpose to offer them that relates to equity—and challenge executives on it or leave for companies to do. Statements about “stakeholder capitalism” and “standing with Black employees” alone aren’t going to cut it—especially if business leaders’ actions deliver the opposite message. Fair pay is a powerful driver of purpose—PayPal, for example, has seen employee satisfaction rise since it began its focus on its workers’ financial health.

There are lots of things we need urgently to tackle as a society in 2021 and beyond. We can start with confronting our history around race and pursuing real racial equity, providing everyone with affordable health care, making sure that all children no matter their race or economic starting point have access to the education and support to achieve their full potential, empowering women professionally, accelerating the transition to a green economy. The government—and its power of taxation and ability to create infrastructure through policy—is needed for progress on many of the most urgent problems.

But fair pay cuts across so many of the issues, and the most promising models to address them. We can start by paying workers so that they can support their families with dignity, and we can live in a stable, resilient society. To see specifically what that entails, this MIT calculator shows you the “living wage” for a given city or state. Recent state and city increases in minimum wages help, but there’s a lot further to go.

This moment presents a special opportunity. Companies expect to save billions of dollars on facilities and business travel, given expectations that remote work and videoconferencing will remain common even after the pandemic. They should use that windfall and shift the money over to paying their lowest-wage workers better.

(Smart companies are thinking about the opportunities that changes in their activities unlock—reinsurance company Swiss Re, for example, is taking advantage of the expected ongoing drop in its business travel budget to finance carbon removal for the travel that will resume.)

We all should be dissatisfied with the status quo around compensation. From the perspective of 2020, this might seem disruptive, or radical. But future generations will wonder what took us so long to address it. Now that companies are saying they care about “stakeholders,” we should hold them, and ourselves, accountable for acting on it by paying fairly for work.

Please let me know if you agree, and pass along any examples of positive innovation around compensation—I’m interested in learning from them, and will share best practices.

Normal? What’s that? The pandemic has brought on extreme uncertainty, but managers shouldn’t throw up their hands. New forms of leadership, new ways of working, and new operating models can help organizations meet the challenge.

The Fortune 500 has more female CEOs than ever. There will be 41 as of next month when Lauren Hobart becomes chief executive at Dick’s Sporting Goods and Karen Lynch takes over as CEO at CVS Health—though there still need to be several hundred more to achieve gender parity.

Many Americans lost vacation days with the start of the new year. A lot of companies don’t allow employees to roll over unused vacation days into a new year—and with the pandemic many workers didn’t manage to take vacations (though at the opposite end of the spectrum, some needed much more time off because of child care and sickness.)

Some lawyers are getting blowout bonuses, some bankers are not. Many US law firms had a much better than expected year financially, and are rewarding their employees.

Worried your bookshelves aren’t Zoom-worthy? You can order a carefully curated backdrop of tomes from Books by the Foot, which provides books to the Washington DC elite, as well as hotels and movie sets.

Performance outdoor wear is the hot new pandemic fashion item. It makes sense, as winter chill has descended on much of North America, and the virus has consigned any safe socializing to the outdoors. Gear makers had already been making extra efforts to produce parkas, technical pants, and hiking boots that are also stylish. Some call it gorpcore.
Some Super Bowl advertisers are planning on escapist humor. They’re betting that “stay safe” and “we’re all in this together” messages risk being tuned out at this point. Among others, you can expect to see a lighthearted ad with M&M candy characters.

The handbook for this new era of business doesn’t exist. We’re all drafting our own as we go along—and now we’d like to start doing so together. You can sign up here to receive this briefing by email. Have a great week!

Stanford's Nicholas Bloom on how to make hybrid work arrangements successful, and the latest news on the economy, executive pay, Amazon, worker job descriptions, and tips for managing yourself and others.

Anticipating a vacation crush this summer, a look at race and the return to workplace, and other updates to help you manage yourself, your team, and your organization. 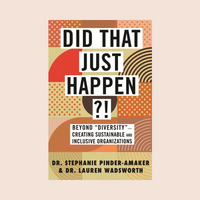 What's behind the counterintuitive rise in harassment while workers are remote, and a look at what the CDC's new mask guidance means for businesses.