NPS is based on asking customers how likely on a scale of one to 10 they are to recommend your company or product to a friend or colleague. Subtract the percentage who answer six or lower (“detractors”) from the percentage of those who respond nine or 10 ("promoters"), and you get the NPS.

NPS, which ranges from -100 to 100, is valued for being a single number that conveys how well a company is serving its customers. It’s used by at least two-thirds of the Fortune 1000 companies and since its creation in the early 2000s by longtime Bain & Co. partner Fred Reichheld has been available for free for anyone.

Now Reichheld has a new book out next week called Winning on Purpose: The Unbeatable Strategy of Loving Customers, elaborating on how companies use and misuse NPS, which Reichheld now calls the Net Promoter System. Written with Darci Darnell and Maureen Burns of Bain, the book is also a manifesto for “customer capitalism.”

“There is one (and only one) purpose that generates long-term prosperity for a business and benefits all stakeholders,” Reichheld writes. “That purpose is to enrich the lives of customers.” (p. 15)

Reichheld links such an approach to the “Golden Rule” articulated in the bible and present in various forms in many religions: “love your neighbor as yourself.”

Reichheld is a critic of both “stakeholder capitalism” and “shareholder capitalism.” He argues that executives’ vows to serve all of a company’s stakeholders, including employees and communities where they operate, risk not providing enough focus to drive performance.

Reichheld also thinks businesses driven for shareholder profit inevitably maximize for short-term gains and thus decline over the longer-term. He cites the underperformance of companies profiled in Jim Collins’ Good to Great following that classic book’s publication, and shows how companies with high NPS scores outperform the companies Collins profiled and their peers in the stock market over time.

Winning on Purpose is something of a victory lap for Reichheld, who recounts stories from the many companies using NPS, discusses practices at Bain and other firms he’s affiliated with, and provides extensive anecdotal detail about his own experiences, good and bad, as a consumer.

It’s also a clearheaded argument for the benefits of focusing on customers, replete with specific examples from real-life companies—including Apple, Chick-fil-A, Costco, Discover, Peloton, T-Mobile, Vanguard, and Warby Parker—and specific tactical advice about best practices and mistakes to avoid. And, while arguing for a singular focus on customers, Reichheld also believes deeply in the importance of supporting and managing employees. “There is no way that a company can sustainably love its customers without creating inspired and committed teams who share that purpose,” he writes. (p. 69)

Throughout the book, Reichheld provides an outline for what he calls “Net Promoter 3.0,” an articulation of how businesses can best use NPS and adopt customer capitalism. The principal elements of Net Promoter 3.0 include:

The bottom line is that Winning on Purpose is potentially valuable for the many companies who use NPS or others who’d like to understand the strategic framework for best implementing it. It’s also a clear and passionate argument for companies focusing singularly on making the lives of their customers better—a thought-provoking thesis as more businesses shift from a primary focus on serving shareholders to embracing the values of stakeholder capitalism.

You can order Winning on Purpose at Bookshop.org or Amazon.

Read all of our book briefings here. 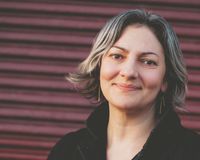